“Each time a girl opens a book and reads a womanless history, she learns she is worth less.”

Pretty Brainy launches its celebration of Women’s History Month with this presentation of seven women scientists who history has overlooked. For their strength and ongoing resilience in the face of persecution from colleagues and the public, we laud them and their contributions. Despite their decades in the shadows, they paved our way. On their shoulders, we stand.

These women scientists fought for their research and stood up to those who said they were not good enough — just because they were women. They stand as an inspiration for girls and women in STEM and encourage all of us to continue doing what we believe is right, even when the road is difficult. Their stories can show us how.

In reading about the challenges of these women in STEM, take inspiration and explore how you might pursue a STEM career — just like them!

While Beatrix Potter is famous for being a children’s author, she was also an amateur naturalist and mycologist. She studied mushrooms at the Natural History Museum in London and attempted to study further by working at Kew Gardens, London’s famed botanic gardens, but was barred from entry because she was a woman. Beatrix even wrote a paper discussing the ways mushrooms reproduce. This paper is missing and may never be found. The first of our overlooked women scientists, Beatrix also was among the first to develop natural wildlife reserves in England, giving a large portion of her finances from her popular books back into her community. Read more about her here.

Hedy Lamarr was once given the title, “The most beautiful woman in the world.” A 1940s actress of the silver screen and woman of science, Hedy loved her work. But when she wasn’t acting, she was busy in her movie trailer tinkering with things. Her tinkering led her to discover frequency hopping, which is the same technology used by Bluetooth and Wi-Fi today. Her discovery greatly contributed to fighting World War II, yet her technology was never fully recognized until recent decades. One of her most famous quotes is, “Any girl can be glamorous. All you have to do is stand still and look stupid.” Find out more about her work here. 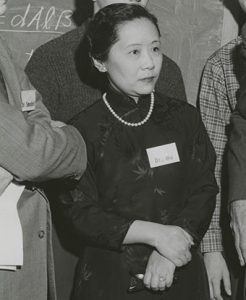 Chien-Shiung Wu had been given many titles, including the “First Lady of Physics.” As a physicist who focused on uranium decay, Chien-Shiung’s work led to her male colleagues receiving the Nobel Prize, a top honor from which she purposely was left out. She also worked on the Manhattan Project in the 1950s. For her contributions, she later was awarded the Wolf Medal. Her story is one of struggle and success. One of her most famous statements is, “Why should we not encourage more girls to [study] science?” You can find out more about her here. 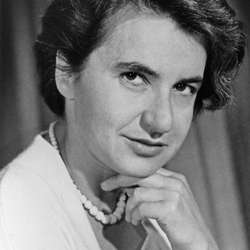 Perhaps one of the most famous overlooked women scientists is Rosalind Franklin, who worked in the same laboratory as scientists Francis Crick and James Watson. With her help photographing DNA, the two men were able to piece together DNA structure and win the Nobel Prize. She was given no recognition for her work, and in fact, James Watson discriminated against her for being a woman. Watson’s reputation since winning the Nobel Prize has come out as misogynistic and racist, as he’s notorious for rude statements. Thankfully, there are many groups of scientists and researchers who are lobbying for Rosalind Franklin to receive the Nobel Prize posthumously. Time will tell what happens. Read her full biography here. 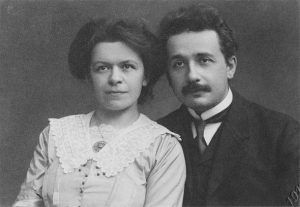 Not much is known about Mileva Maric, but we do know that she was Albert Einstein’s first wife. She was incredibly smart, as she met Einstein when they both were studying at the same college. History suggests that she could have been known for her brilliance, but she sacrificed her own college studies to help Einstein pass his classes. Rumor has it that it was Mileva who came up with the famous equation E=MC^2. The records on Mileva’s life are thin and full of gaps, so we don’t have her full story, but history may come to realize what a genius she was in her own right. Read about her here. 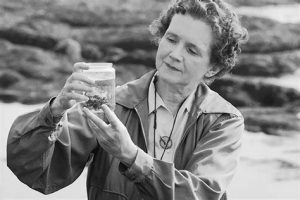 Rachel Carson is a large reason why we don’t use as many harmful pesticides on our food crops as we once did. Rachel was a marine biologist and naturalist, not to mention a science writer. She worked for the National Park Service on the East Coast and noticed that the pesticides being used on crops, specifically DDT, were extremely harmful to all life, including humans. Rachel wrote the book Silent Spring and from her work compelled the U.S. Government to ban the use of DDT and launch the Environmental Protection Agency (EPA). Major chemical companies publicly attacked her work and dragged her reputation through the mud. Read more about her amazing story here. 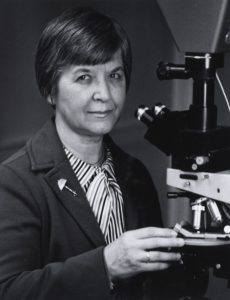 If your family member or someone you know is a police offer, you can thank Stephanie Kwolek for inventing bulletproof vests to keep them alive. Kwolek worked for DuPont, a chemical company, in the 1960s and constantly was passed over for promotions in favor of men. Nonetheless, she continued working hard on her chemistry and eventually discovered Kevlar, which is a strong yet flexible material — strong enough to stop bullets. Though Kevlar has been added to everything, Stephanie never received the money she deserved for her work. Learn more about this incredible scientist and inventor here.

Kenna Castleberry is the Science Communicator at JILA (Joint Institute of Laboratory Astrophysics) at the University of Colorado, Boulder. She is also a podcaster and science writer. You can find out more about her on her website.