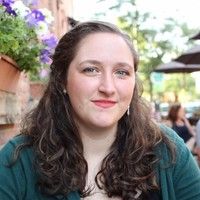 Judith Olson is breaking down barriers in the world of tech, quantum and physics which have traditionally been male-dominated industries. After earning her MS and PhD from CU Boulder, Judith went to work for NIST – The National Institute of Standards and Technology – which promotes U.S. innovation and industrial competitiveness by advancing measurement science, standards, and technology in ways that enhance economic security and improve our quality of life. While at NIST, Judith was recruited to ColdQuanta to spearhead the organization’s Atomic Clock Division. Under Judith’s leadership, ColdQuanta will deliver atomic clocks that enable new capabilities in positioning and communications for use in industries such as aerospace and defense.

As one of ColdQuanta’s only female executives, Judith has laid the groundwork for other diverse candidates entering the organization. Within her team, she has encouraged healthy work-life habits and established practices for improving communication. She also provided mentoring services for people within the company including encouragement and tips for public speaking, presenting skills, etc. Prior to COVID, Judith set up a monthly woman of ColdQuanta event to foster a sense of community and inclusivity at ColdQuanta. She was recently named Next Generation Leader of the Year at the Women in IT Awards. In addition to her work at ColdQuanta taking existing atomic and optical techniques from the laboratory into the field, she was recognized for her mentorship and paving the way for other women in the field. Her accolades don’t stop there: Judith also made the 52 Wonder Women Working In Industry As Quantum Scientists & Engineers list.