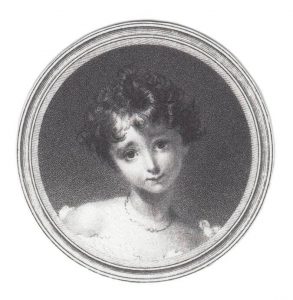 We celebrate Ada Lovelace, a pioneer for young women innovators, to bring awareness and recognition to the countless achievements and contributions that women have made in Science, Technology, Engineering & Math. Ada Lovelace was born more than 200 years ago and is arguably known as the first computer programmer. Join us at Pretty Brainy for our annual Ada Lovelace Day Event on October 14th, 2022. Learn more about how girls will gain from the experience as we honor Ada.

Augusta Ada Byron was born to George Gordon Byron, known as Lord Byron, and Annabella Milbanke in London, England, on December 10, 1815.  This was not a marriage made in heaven.  Annabella was a strict religious Zealot and Lord Bryon was a scandalous romantic poet and satirist.  Their marriage barely lasted a year and Lord Byron left London when Ada was just five weeks old.  She would never know her father.  Lord Byron died at age 36 in Greece fighting in the war for independence. 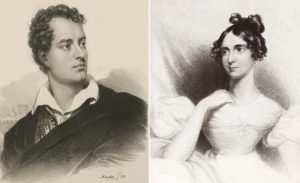 Ada’s mother was entirely convinced that Lord Byron was extremely mentally ill… He was known as “mad, bad and very dangerous to know.” Annabella was fanatic about steering Ada away from her father’s “poetic insanity” by rigorously educating her in courses such as mathematics and science.  This was an unusual course of study for a girl back in British Victorian society, but was exactly what led to her becoming one of the greatest young innovators of her time.  Her mother wanted Ada to stay away from poetry and art, or any subject matter that was emotional or passionate.  Annabella was determined to keep Ada from developing her father’s mental illness and would force Ada to lie still for long periods of time as a lesson in self control. 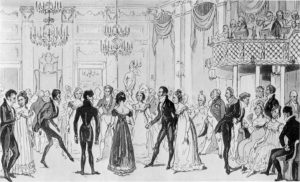 Ada was a brilliant young mind and excelled in her studies… but she spent a great portion of her youth ill.  When Ada was 15 years old, she contracted a very common disease, Measles.  She became extremely sick, disabled and bed ridden for a year. By age 17, Ada had improved and was able to walk again.  This was the age that young women of her position were presented at court to the Monarchy and high society.  Ada quickly became a very popular “belle of the season” with her charm, wit and young innovators mind.

One of Ada’s tutors was Augustus De Morgan, a “brilliant mathematician of the time.” Although he was very impressed by Ada, he did not believe women were capable of excelling in math.  In a letter to Ada’s mom he wrote about the matter… “The very great tension of mind which they require is beyond the strength of a woman’s physical power of application.”  Ada was determined to prove him wrong and continued to pave the way for young women innovators. 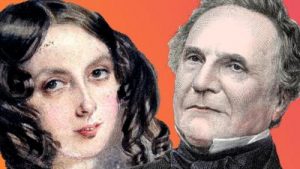 It was through this high society network that Ada met Charles Babbage, a famous mathematician, philosopher, inventor and mechanical engineer.  Babbage had invented The Difference Engine, a machine that was able to do the mechanical calculations in seconds equal to an “army of men crunching numbers.”  He hosted a party to introduce his machine to society and the guest list criteria was based on intellect, beauty or rank… Ada fit all three.   Although the Difference Engine seemed more like a background prop  at the event, Ada’s enthusiasm and understanding of how the machine worked captured Babbage’s attention and they quickly became close friends.  Ada would soon become his protege and he referred to her as the “Enchantress of Number.”

On July 8, 1835 Ada married William King, who was named Earl of Lovelace shortly after their marriage.  Ada was now the Countess of Lovelace.  Over the next ten years she would give birth to her three children Byron, Annabella and Ralph Lovelace.  Even though her domestic duties had become the focus of her life, her heart still belonged to the world of mathematics and innovating. 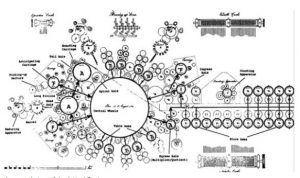 in French and decided to translate it to English and improve upon the understanding of the engine’s capabilities.  Being the young innovator that she was, Ada was able to see that this Analytical Engine had the potential to create patterns that could do more tasks than just calculate numbers, such as compose music. Thus, being born the first concept of what is now known as artificial intelligence.  This paper not only showed the young innovators obsessive attention to mathematical detail, it was a profound example of Ada’s imagination and ability to see a bigger picture.

Babbage wrote about Ada in a letter to a colleague “that Enchantress who has thrown her magical spell around the most abstract of Sciences and has grasped it with a force which few masculine intellects (in our own country at least) could have exerted over it.”  Ada had proven Augustus De Morgan wrong!

Charles’ and Ada’s work was buried for a 100 years, later to resurface in the 1930’s when a young innovator named  Alen Turing used their writings on the Analytical Engine to build a machine called The Bomb.  This machine was used to decipher encrypted messages sent by Hitler’s armed forces. Babbage’s and Lovelace’s work paved the way for Turing, who is known as “The father of theoretical computer science and artificial intelligence.”  Later, in the 1970’s, Ada Lovelace was finally recognized as one of the greatest young women innovators when the US Department of Defense named a high-order computing programming language Ada… it is still used today in operating real-time systems in aviation, healthcare, transportation, financial, infrastructure and space industries. 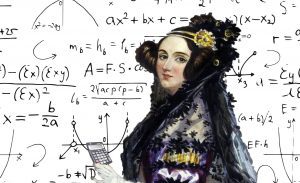 Throughout Ada’s life she struggled with health issues.  At the age of 36, the exact same age as her father, the young innovator died of what was probably cervical cancer. Her last request was to be buried next to her father, Lord Byron. Ada was laid to rest in The Church of St Mary Magdalene in Hucknall, Nottinghamshire, United Kingdom.  Although many have never heard of Ada Lovelace and her tremendous contributions to society as we know it today, she was one of the greatest young women innovators this world has ever known.   We celebrate Ada Lovelace and will continue to recognize and honor all the young women innovators that have gone before us. Click here to register for the Pretty Brainy Ada Lovelace Day event and also go check out this great podcast on Ada by Kenna Hughes-Castleberry. 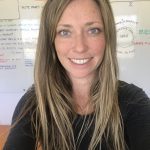 Kaylee Hamilton has a Bachelors in Science in Agriculture Business from Colorado State University.  She lives up in the remote mountains of Northern Colorado with her husband, son, three dogs and six mules. Kaylee loves yoga, dancing, music, and staring at the night sky.  Her favorite quote is “Whether you think you can, or you think you can’t– you’re right.” Henry Ford