Thank You for Your Support. Ada Lovelace Day Is Now Sold Out.
If you have begun the registration process, follow the instructions in the email you have received and complete registration by Oct. 12.

Learn from those who have your back and are here to help. On Oct. 14, Pretty Brainy and its partners are making it easier for you to put your real self forward in the wilderness of what to study, where to work, what to be, who to know, how to act, and what to do on the road called Life.

To be an Ada Lovelace Day mentor, sign up for Mentor Orientation.

You’ll meet mentors and new friends who will guide you through a brunch-time learning experience on how to communicate, for example, with college recruiters, scholarship committee members, prospective employers, interviewers, instructors, and so on. You’ll come away prepared to walk into unknown situations with more confidence because you’ll know what to do and will be more authentically you in doing it. You’ll be equipped with professional and social skills to further your life. 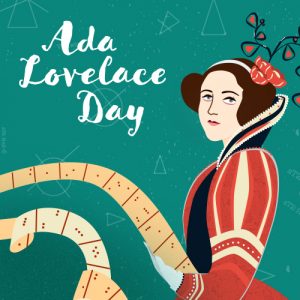 Pretty Brainy’s Ada Lovelace Day is an independently organized event. Globally, #ALD22 is an international celebration of the achievements of women in STEM. The worldwide goal is to increase the proﬁle of women, thereby creating new role models for girls.

Learn about Ada Lovelace. She laid the groundwork — literally — for Grace Hopper, Alan Turing and other computer science pioneers of the 20th century and today. Lovelace, whose father was Romantic poet Lord Byron, was determined to learn math when her tutor said that, because she was a girl, her mind could not handle the subject.

Learn About Our 2022 Partners

ColdQuanta is a global quantum technology company solving the world’s most challenging problems. The company harnesses quantum mechanics to build and integrate quantum computers, sensors, and networks. From fundamental physics to leading edge commercial products, ColdQuanta enables “quantum everywhere” through our ecosystem of devices and platforms Founded in 2007, ColdQuanta grew from decades of research in atomic physics and work at JILA, with intellectual property licensed through the University of Colorado and University of Wisconsin. ColdQuanta’s scalable and versatile cold atom technology is used by world-class organizations around the globe and deployed by NASA on the International Space Station. ColdQuanta is based in Boulder, CO, with offices in Madison, WI, and Oxford, UK. Find out how ColdQuanta is building the future at www.coldquanta.com. 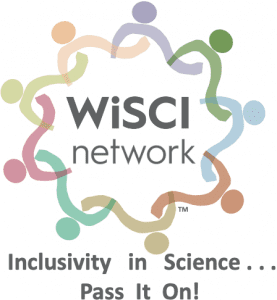 The WiSCI Network at Colorado State University is a welcoming community that invites people of any age, race, gender identity, sexual orientation, class, ability, language or cultural background. The vision is of a thriving network of scientists building a more inclusive and truthful world at Colorado State University and beyond. The WiSci Mission is Inclusivity in Science . . . Pass It On! In putting action to mission, WiSci supports underrepresented voices in science, technology, engineering, mathematics, and the arts through discourse and community. Annual programs of the Women in Science Network are the Innovating Minds Lecture Series, Women in Science Symposium, and the Women in Science Career Issues Group.

Earlene and Helen were tough Southern mamas who taught their daughters the value of hard work, a dollar earned, homemade goodness, a quality pie tin, and a flour-covered apron. On different career and life paths until 2010, a chance introduction brought Executive Ginger Graham and Chef Deb Traylor together. They discovered an instant connection around food and the kitchens of their past where family, friendship, loving, giving and sharing were everything. Together, they dreamed of opening a little pie shop, and as good dreams sometimes do, theirs grew to be so much more. Welcome to Ginger and Baker!

There are no reviews yet.